Katie Taylor’s Rise to the Top is Paying Off 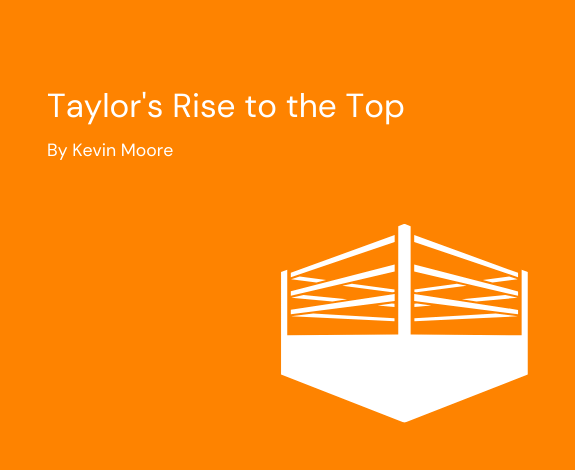 “On her own terms, Katie Taylor has built a brand with universal appeal.”

It is hard to fathom the heights that Katie Taylor has climbed in her career. Her story is Oscar-worthy, and the Hollywood film will come in time. As the referee raised Taylor’s arm aloft in the early hours of last Sunday morning, she had well and truly risen to the highest height. A sold-out headline world-title fight in New York’s Madison Square Garden is the pinnacle of any boxer’s career. And usually the pinnacle of any boxer’s earnings.

Taylor fought her way through the amateur ranks in Ireland and paved the way for women’s boxing to stand on its own two feet. Her success eventually brought with it a well-deserved opportunity to benefit commercially.

For a small country, we are blessed with a sporting culture that has often punched well above its weight. We have momentarily reached great heights on the world stage on many occasions. Sitting above these moments are a select group of three Irish sports stars that have elevated themselves to the top of their sport globally and stayed there. They are the inspiration for generations to believe in the impossible.

The three superstars have taken their sport to a new level and created a commercial blueprint for all aspiring elite athletes to follow. They possess similar attributes that led to their sporting success and each one has broken new ground commercially with household brands flocking to be part of their journey.

The professional era in rugby began in 1995. Right about then a 16-year-old boy from Clontarf was a year away from getting his first international cap at school’s level. His rise to stardom coincided beautifully with the new age of rugby. An age that provided players with the ability to earn a full time living from the sport.

A golden generation of players emerged in the 2000’s and Ireland would taste more sustained success in rugby that ever before. Heineken Cups and Triple Crowns were a regular occurrence. The sport was growing and so was the fan base. Television viewing figures were rapidly increasing, and international rugby matches soon joined football and GAA as the top-rated programmes each year.

Players became household names with O’Driscoll widely regarded as the best of his generation, leading Ireland a Grand Slam victory in 2009, their first in 61 years. His 15-year career saw him become Ireland’s record try scorer and cap holder with 46 tries in 133 test appearances from 1999-2014. His exceptional level of performance earned him lucrative contracts with the IRFU.

O’Driscoll’s growing profile across the world of rugby elevated his own brand and image to another level. A three-time world player of the year nominee and a four-time Lions tourist provided him with more commercial opportunities than his counterparts. Off the pitch, O’Driscoll built a team around him which included his father and sister to help manage his commercial interests and maximise his opportunity to earn.

The commercial opportunities of the previous generations of rugby stars were usually confined to launches, openings and after dinner speaking. O’Driscoll decided to do things differently and created a model that all other rugby stars would try to emulate. He was selective in what brands he worked with and created long-term partnerships rather than one-off launches or openings. Brands like Gillette, Adidas and Lexus partnered with Brian right throughout his playing career, and he still has several long-term partners such as HSBC.

Maintaining performance on the pitch was crucial to his longevity and managing his brand and image off it was equally crucial in maintain his earning power that separated him from all others.

The island of Ireland has a long tradition in producing golfers that could compete on the world stage. Back in the 1960’s one of the world’s leading amateurs was J.B. Carr from Dublin who regularly competed and often triumphed against the original golden generation of global golf stars in Jack Nicklaus, Arnold Palmer and Gary Player. The subsequent rise in popularity of golf would pave the way for Tiger Woods to emerge onto the scene in the late 1990’s and change the game forever, both on the course and off it. With a reported $1.7 billion in earnings, Woods has no equal.

After winning three majors in an 18-month period from 2007, Ireland’s Padraig Harrington rose to number three in the world and opened the doors to an extraordinary run of Irish major winners- including McDowell, McIlroy, Clarke and Lowry. Around the same time as Harrington’s hot-streak, Northern Ireland’s Rory McIlroy, aged just 17, had risen to the top of the world amateur rankings. Turning professional later that year, McIlroy had the world at his feet. He had the potential to rise to greater heights than any Irish golfer before him.

Majors soon followed with McIlroy winning four in three years from 2011 to 2014. In 2012, he became the second youngest player to reach world number one at 22 years and 312 days, behind none other than Tiger Woods. In just a few years McIlroy had already filled his potential and was the closest thing the game had to the untouchable Tiger Woods. The stars had well and truly aligned for the boy from Holywood, Belfast.

While his major run dried up, he maintained his position as one of the world’s top golfers and one of the most marketable brands in the game. In 2017 he signed an extension with Nike in a 10-year deal worth over €180 million. The same year saw him sign a new multi-year endorsement with equipment manufacturer TaylorMade that would boost his bank balance by a further €92 million. Other lucrative partnerships include Swiss watch manufacturer, Omega and EA Sports. Before teeing it up, his annual earnings are believed to be more than €27 million. Coupled with his prize money, last year the Sunday Times Rich List reported McIlroy’s estimated fortune at €192 million.

Katie Taylor’s single-minded vision to become the very best boxer in the world has never wavered. She possesses a quiet determination and steel that rivals any sporting great. She shares many similar traits with O’Driscoll and McIlroy – a once in a generation skill and craft for her sport, coupled with an insatiable hunger to improve and a ruthless winning mentality.

However, one aspect that has not come as natural to Taylor as it has to O’Driscoll and McIlroy, is playing the commercial game. Taylor is shy and reserved by nature. Her dominance of world amateur boxing and her Olympic Gold lifted her to the top echelons of Irish sport and provided increasing commercial opportunities. Over the course of her Olympic campaigns, she worked with leading brands in Ireland such as P&G and Toyota providing a key revenue stream to an amateur athlete. She was starting to command higher fees and learning to do it on her own terms.

Her decision to move from amateur to professional in 2016 would no doubt have taken some soul searching. She knew she would need to ‘play the game’ and her profile would continue to increase globally, putting herself out there more than ever before.

Her love of the sport and desire to become the best would ultimately come first and working with one of the leading promoters in the UK, Eddie Hearn, she has built a brand and persona that is true to herself. There is no trash talk and drama to hype up her fights. There is theatre, but it is different from most boxing build-ups. Boxing has had its own fair share of controversy and image challenges and Taylor is helping to improve it and building new audiences all at once.

Since turning professional in 2016, Taylor is undefeated with 21 straight wins and has claimed five world title belts. She is ranked as the best pound-for-pound female boxer on the planet and made history by becoming the first female boxer to headline a fight at Madison Square Garden. Over six million people watched the fight. The highest of heights.

She is fast becoming on of the biggest names in world sport and has built a brand that has a universal appeal. She is a role model and has set a blueprint of how this can be done in a way that is truly authentic and inspiring.

Her endorsement deals are becoming more global and higher value with leading fitness brand such as Gymshark signing her up. She is set for further big paydays, with talk of the rematch in Croke Park. Her earnings will continue to grow into the millions as she cements her place as one of the leading figures in the history of her sport.